The board consists of 9 members; all of whom are elected by shareholders. Board members currently include one Chairman, two institutional investor and four independent directors: 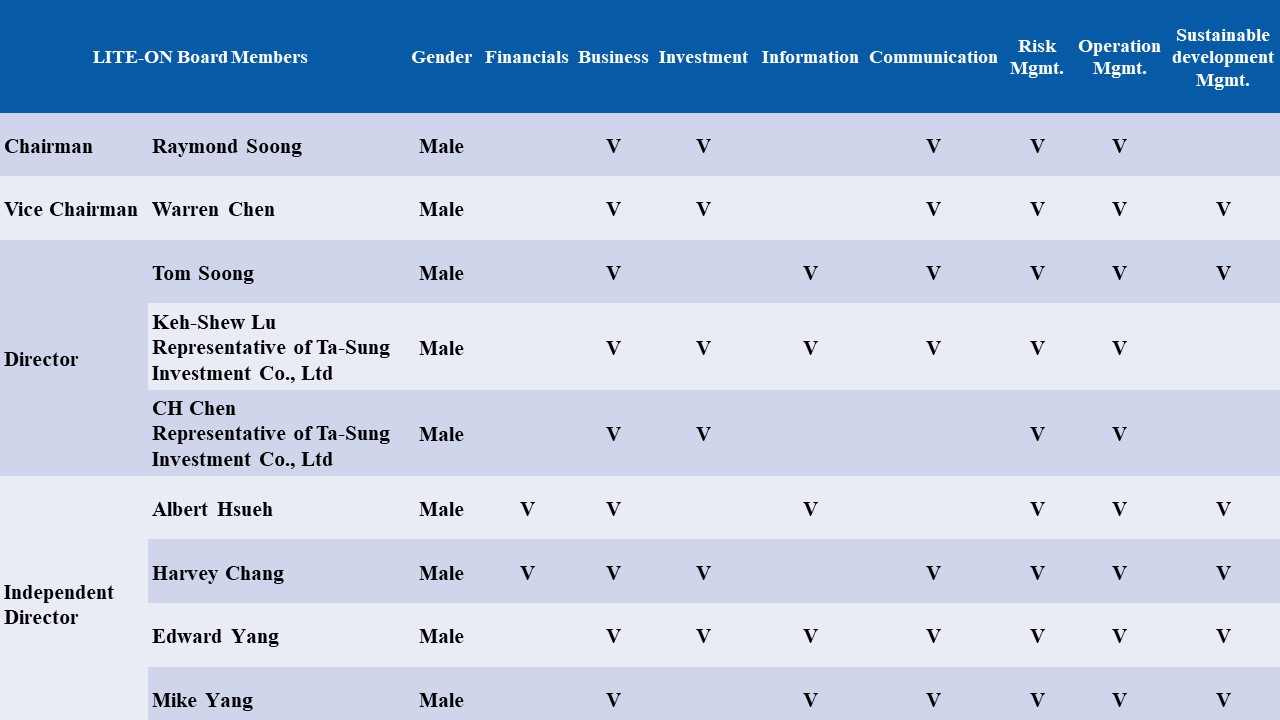 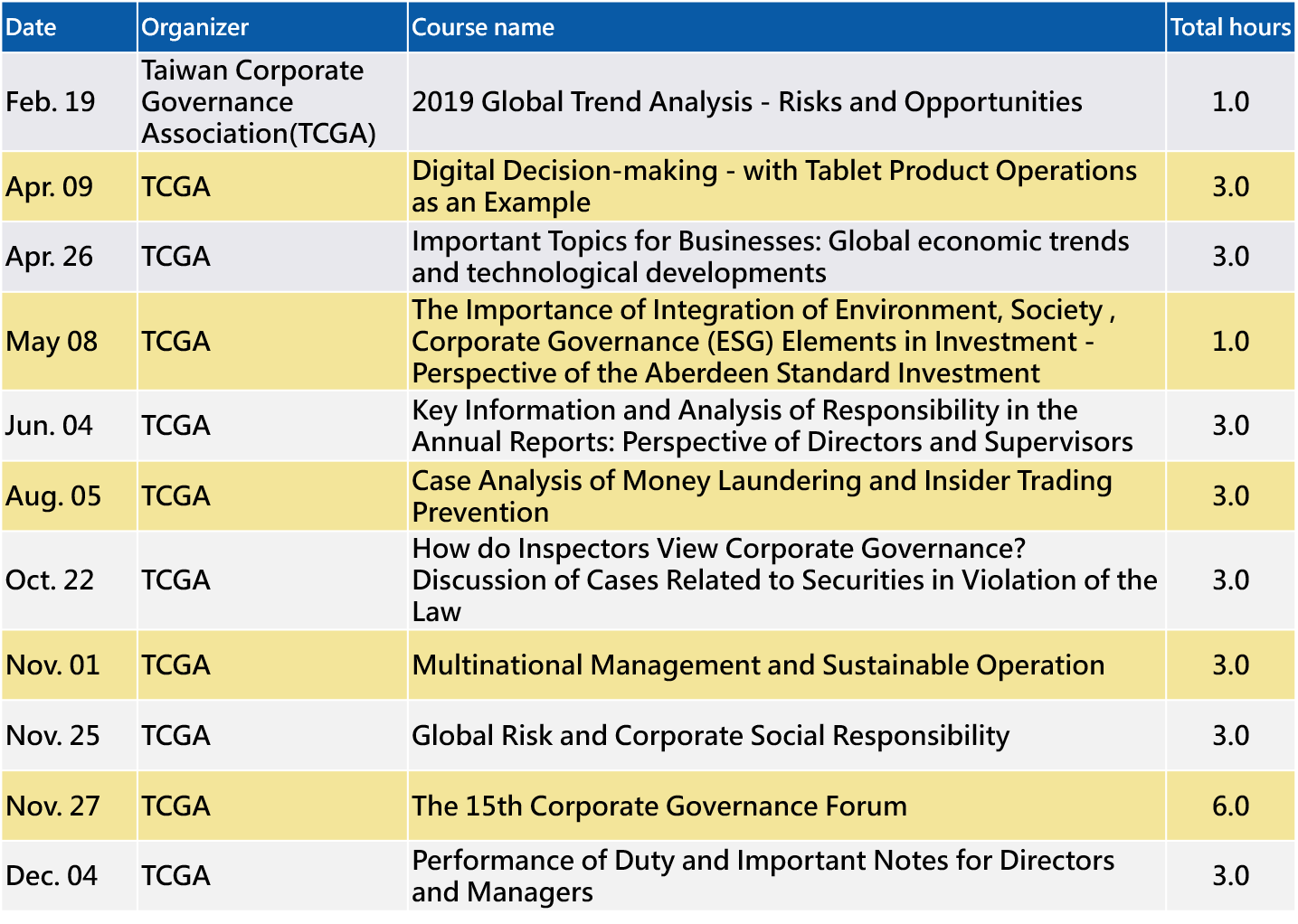 Board members' backgrounds, education, concurrent roles at other companies etc and functioning of the board of directors as well as various functional committees have already been disclosed in the company's annual report. In response to the world's rising awareness towards corporate governance and CSR issues, the company has taken the approach to encourage directors' ongoing education. Details regarding directors' ongoing education have been published onto the Market Observation Post System and the Investors Section of our website, where annual reports are also available.